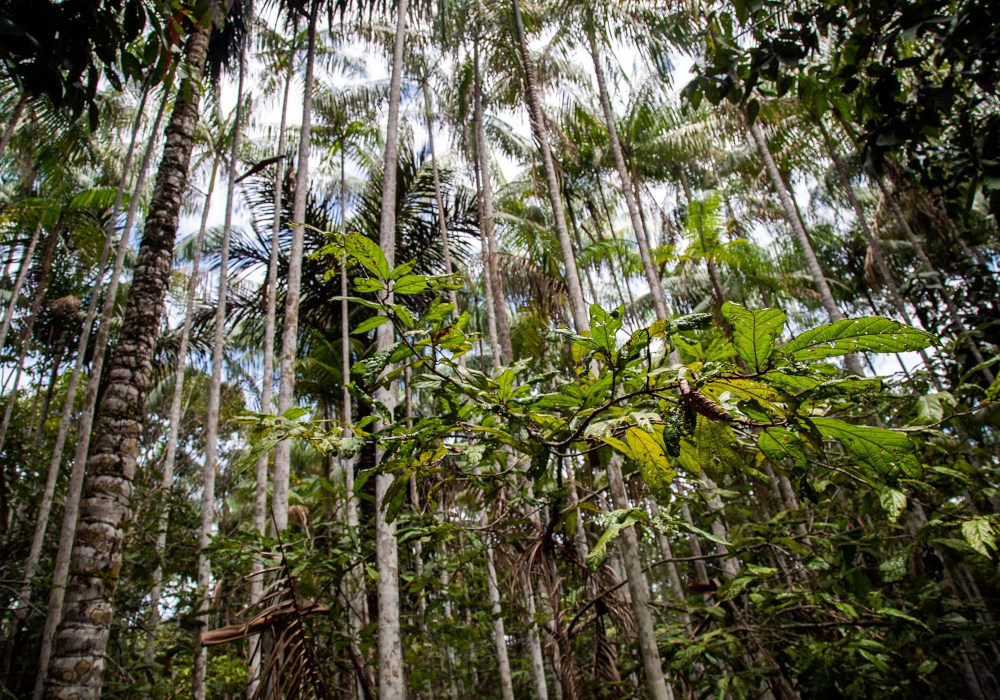 Often referred to as our planet's lungs, Brazil's Amazon Rainforest stretches across 5.5 million square kilometres — representing a more expansive territory than the European Union. It's responsible for nearly 20% of the oxygen on earth. But this natural treasure, and vital resource, which has been around for millions of years, is currently under threat from logging and commercial expansion. The incredibly biodiverse Amazon is home to over 24 million people in Brazil alone, including a vast number of indigenous peoples.

It's long been a dream of mine to visit the luxuriant rainforest, and I've finally been able to tick this item off my bucket list earlier this year, as part of my visit to Brazil's northern city of Manaus — the door or gateway to the Amazon Rainforest. The world's largest tropical rainforest covers much of northwestern Brazil and extends into Colombia and seven other South American countries — Bolivia, Peru, Ecuador, Venezuela, Guyana, Suriname, and French Guiana.

How the rainforest got its name

It's thought that the forest gets its name from the ancient legend recounting the battle of the Greeks and the Amazons. The correlation was established by Spanish explorer Francisco de Orellana — who is believed to be the first European to sail the entire length of the Amazon River in the 1540s. During one of two expeditions in the Amazon, Orellana came into conflict with a warrior tribe known as the Tapuyas. He was stunned to witness both male and female warriors engaging in battle.

The brave warrior women reminded him of Greek mythology's Amazons described by Herodotus and Diodorus. However, some historians argue that he was misled because some male Tapuya warriors also wore grass skirts and kept their hair long.

Setting out from Manaus

The city of Manaus is the main starting point to visit the Amazon Rainforest. Several day tours are available, departing from the city's main port. The private tour Amaria and I embarked on also included a visit to the beautiful Anavilhanas islands. Setting out early in the morning for the eight-hour adventure, we embarked on a colourful motorized boat with our friendly guide and navigator across the glistening black waters of the Rio Negro. 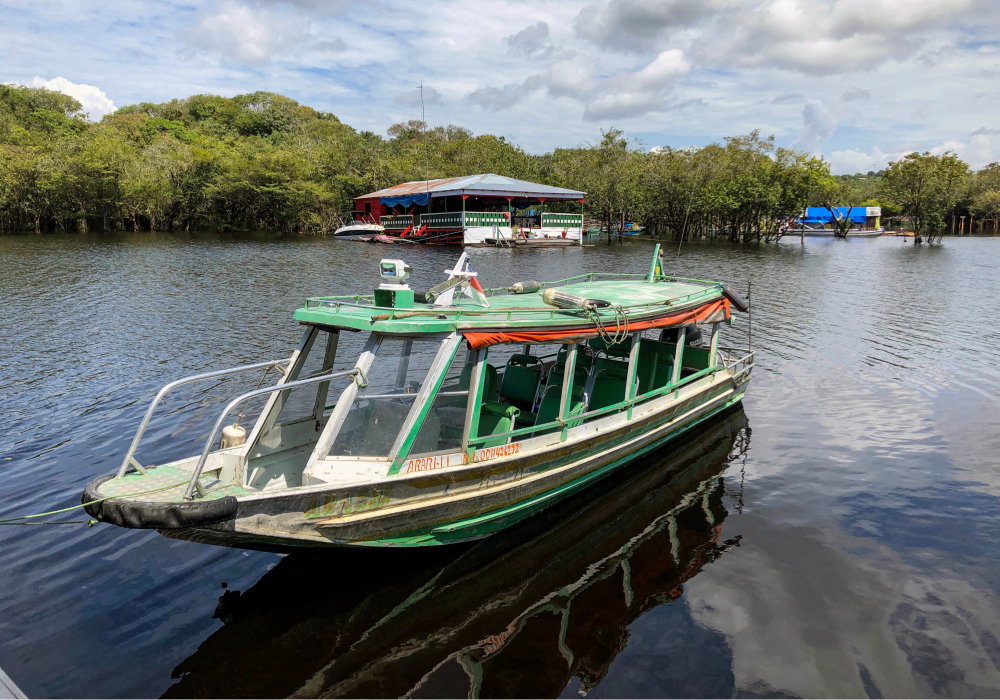 Our boat for the adventure.

It's hard to describe the excitement and discovery anticipation as we set on this once-in-a-lifetime journey to experience the natural habitat of 10% of the globe's known plant and animal species. Among the neighbourhood of 40,000 species of plants, 400 mammals, and nearly 1,300 varieties of birds, I can't hide my apprehension with the possibility of encountering my most feared animal/reptile — the anaconda. Other predators present in the dense forest are the black caiman, jaguars and cougars.

But thankfully, we made a stop along the way to pick up our guide, Antonio, from his Amazonian village to accompany us on the jungle trek. Antonia has encyclopedic knowledge of the rainforest and was an invaluable source of information for us. While he didn't speak any English, Amaria was able to use her fluent Spanish to figure out some basic Portuguese, create a concoction of both languages, and keep surprisingly smooth communication lines.

After slowly meandering along a network of tree-covered canals, we docked at the shore of where the trek would start. Some wooden stairs led up to an impressive wooded blue house, which Antonio told us belongs to an Australian man who fell in love with the Amazon forest. He comes back to the house a few months out the year. 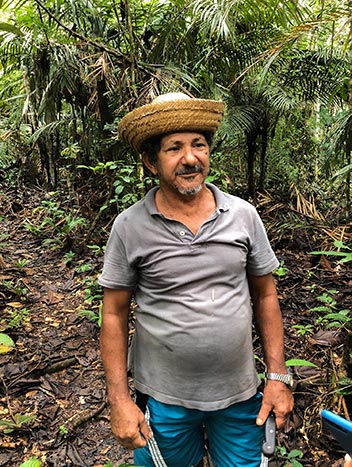 Brandishing his machete, Antonio started leading us through the dense forest paths. His knowledge of the plant life and trees was awe-inspiring. We learned about the Amazon's rubber boom heyday when the rainforest supplied much of the world's rubber production needs before demand drastically declined as operations in Southeast Asia become more effective. Brazil's indigenous people in the Amazon rainforest were the first to extract rubber from the rubber tree (Hevea brasiliensis).

As we kept walking, we also learned about the medicinal properties of countless plants and trees. As a side note, Antonio did confirm there were jaguars in the area, but they generally go out of their way to avoid human contact. He's come across quite a few in his time but said they would only typically attack one person in the group in a seemingly reassuring tone. We hoped that meant he would come to the rescue if one of us were the victim.

Of course, this short trek was an appetizer, as there are multi-day expeditions where much more of the jungle can be explored. Several jungle lodges offer various activities such as hiking, climbing, survival training, canoeing and wildlife viewing.

Following the trek and heading back to the boat to drop Antonio back home, we set out to explore the Anavilhanas archipelago. Located between Manaus and Novo Airão, along the Rio Negro, the area comprises around 400 islands and represents the world's largest freshwater jungle island grouping. Its shores are home to several jungle-based ecotourism lodges, and it's a birdwatcher's dream.

The visual contrast created by the juxtaposition of the gleaming blackish water of the Rio Negro and the area's sandy beaches and blue sky of the day served to further enhance the archipelago's naturally paradisaical look and feel. As our boat made its way into one of the many marshy creeks, an energetic group of squirrel monkeys jumped onto the boat looking for food. They were delighted by our guide's oranges.

On the way back to Manaus, the final stop was in Iranduba — where we stopped for a delicious fish dinner. Several floating family-owned restaurants dot the shorelines of the Rio Negro. The bigger ones are often filled with tourists from the touring boats, but we were lucky to have this smaller one to ourselves and be treated to excellent food and hospitality.

In addition to Sandwich Harbour — off Walvis Bay, a must-see destination on the list for nbsp;[ ... ]