Explorer Mike Horn on feeling the fear and doing it anyway 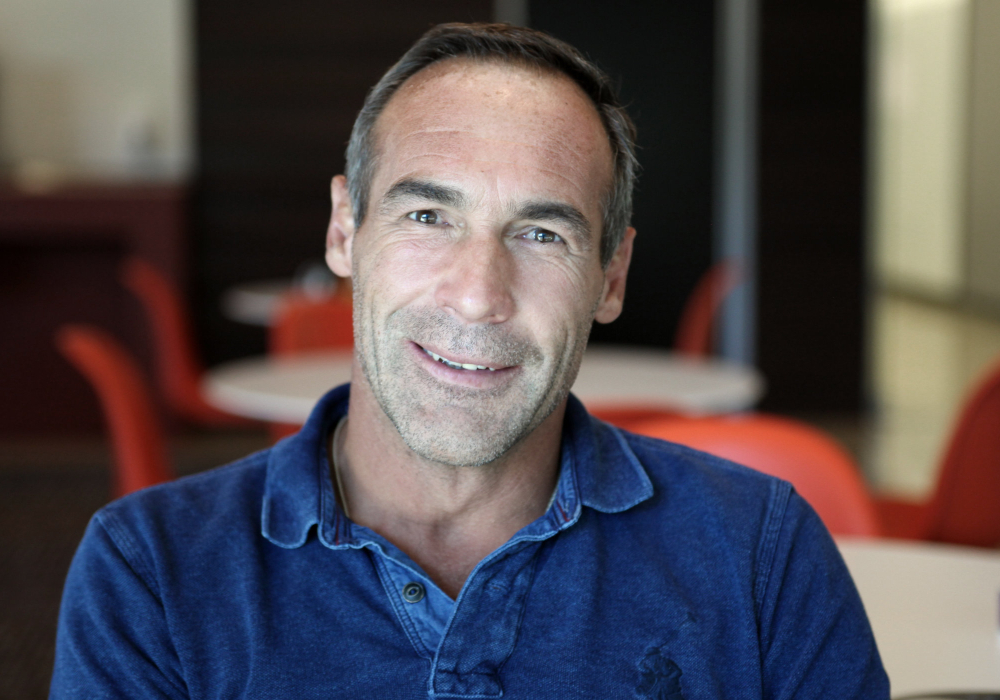 I can think of no better way to launch Outwardbounders.com than with an interview with world explorer and pioneering adventurer Mike Horn. I sat down with him in January 2014 during his visit to King Abdullah University of Science and Technology.

Horn spoke about his pioneering expeditions and the need to preserve the planet.

“It’s only when the will to win becomes bigger than the constant fear of losing that we can go out there and do extraordinary things,” he explained. The South African-born Swiss explorer and eco adventurer is world-renown for having been the first human being to complete a solo, and un-motorized, 18-month journey around the Equator – which he completed in 2000. Two years later, Horn set out on a pioneering expedition to circumnavigate the Arctic Circle on foot, boat and ski kite in over 27 months – as chronicled in the film Arktos – The Internal Journey of Mike Horn.

During an inspiring keynote lecture held in Saudi Arabia, Mike Horn presented captivating images and videos of another exploit he accomplished in 2006 with fellow adventurer, Norwegian arctic explorer Børge Ousland. They became the first men to trek unaided to the North Pole during the Arctic winter months of complete darkness. The audience was able to admire the first-ever picture of a sunrise from the North Pole. He also shared harrowing accounts of being raided by polar bears and the duo almost being engulfed in the frigid Arctic Sea.

Mike Horn is no stranger to dangerous situations. But as he insists: “I do what I do to come back alive, and that’s my first priority. ... I don’t push like people may think. I don’t push the limit to such an extent that the ice is going to break and I’m going to go into the water. Or finding myself up at 8,000 meters and never coming back down because I’ve pushed myself too far and I don’t have the energy to come back.”

As a family man, he is very conscientious about acquiring the right knowledge and experience to achieve his exploration goals. For instance, prior to embarking on his adventure around the Equator, he joined the Brazilian special forces to learn how to survive in the Amazon forest. “I got to know all the survival techniques and, with that knowledge, I knew that I could cross the Amazon jungle,” Horn explains.

Facing the Fear and Moving Forward

Horn believes that fear is a natural human instinct. “Fear is something that warns you that you’re going into the unknown. So I get afraid quite easily,” as he admits. But his life experiences have taught him that once we rise to the challenge of confronting fear, through expanding our knowledge, we become better human beings.

Are Adventurers Born or Made?

While Mike Horn advocates for everyone to push beyond their comfort zones in order to reach their full potential, he does acknowledge that one does not wake up one day and become an adventurer. “I think that we all have a certain DNA that makes us who we are and to be able to discover this at a very young age, as I did, obviously helps me to build a career in professional exploration,” as he expounds.

But one rule of thumb, which he learned from his father, and which he believes applies to everyone, is: "If your dreams don’t scare you they’re not big enough."

Saving the Planet for a Sustainable Future

The same way his father was able to inspire him, Horn looks to encourage the youth worldwide to become engaged with nature and its preservation. Because he’s been able to see the world in a way that few people have, Horn is very much aware of the changes in the environment.

“You can see how the world has been slowly but surely changed by us as humans. It’s not in the big cities… but as soon as you go out of these confined environments, then you see what the human impact on earth really does. And that made me aware of conserving our planet,” he said.

It’s with this goal in mind that, from 2008 to 2012, he took a group of young adults aged between 13 and 20, from all corners of the globe, on a 115-foot state-of-the-art sailboat on a worldwide voyage. The Pangea Expedition (from the Greek meaning “all earth”), sought to educate this representative sample of the emerging world generation about conserving natural resources.